Rachel Pidcock - Where Languages have Taken Me

Rachel Pidcock, Co-Director of The Rights Solution, tells us how her language skills have taken her all over the world in the name of books!

From what I remember, I chose to study English, French and German as A levels as they were the subjects I had done best in at GCSE level and I liked the sound of reading books and writing about them as a way to further my studies. I soon realised that I really did not like reading all books, and having to pick over and analyse the text of Albert Camus, T S Eliot and Heinrich Böll was not the type of study I wanted to do more of.  However, I already loved the fact that I could express myself in three different languages, and the short exchange trips as part of my A level courses whetted my appetite for further travel.

So, it seemed the right step for me to choose to study a degree in Modern Languages, German and French - and most importantly - with a course which included no literature at all, but rather a study of the languages themselves, their linguistics and development and the application of mutli-lingualism including modules in translation and interpretation.  I loved the challenge of being given a piece of text in an unknown language (it turned out to be Romanian) and being asked to translate it.  Obviously I had no understanding of what it meant, but with careful decoding, you could pull out patterns of short repeated words, similar endings and longer words so that the structure of likely subjects, verbs and adjectives become clearer.  My degree included two international placements and so I spent six months helping in a busy Import/Export department in the C&A headquarters in Duesseldorf (Germany) followed by six months teaching English to management staff of Alcatel in Saintes (France).  My confidence to express myself in German and French flourished in this time and on my return to my final year I loved the fact that I could attain good marks in modules by just talking nonstop. What a great way to achieve!

Having initially thought I would look at jobs in translation or TEFL teaching once I graduated, I spotted an ad in the local paper (I was living in Bath by then) which was for an International Sales Assistant in a children's publisher which required a German speaker who loved books and was willing to travel.  I couldn't believe my eyes that such a job existed, and was even happier when I was offered the role, and started work in the rights department.

International rights is a bit of a mystery to anyone outside of the publishing industry (and even to some within it) however I felt like I had entered a world that was made for me.  There is daily contact with publishers in other countries, you are surrounded by children's books, illustrations and texts all day, and you get to travel to major international book fairs (the main ones are Frankfurt, London and Bologna) as well as taking sales trips to specific territories that you manage.  I've visited most European capitals as part of my work travels over the years, and you get to correspond with international people all day long.  I've picked up the words for "publishing house", "children's books" and "a beer, please" in over 10 different languages and it's a real joy to see a printed copy of a book in another language and know that you are part of making that happen.  I don't think I will ever tire of the "book fair buzz" with busy days spent constantly talking, in my case, in three different languages and even leaving bookfairs aside, on a day to day basis, I spend most of my day writing emails (or in more recent times, speaking on Zoom), and I love the fact that it's in German, French and English, and I am still learning new words and phrases each day. 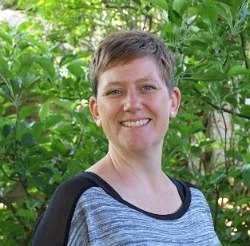 Rachel studied French & German as a BA (Hons) in Modern Languages at Bradford University.  With over twenty years experience in the publishing rights industry, she is now Co-Director of a rights agency called The Rights Solution, and lives in St Albans with her husband, two daughters and a menagerie of pets!

Cath Bruzzone - September 14th, 2020 2:40pm
Rachel, such a great post to follow Sam's excellent opening version. The impression of how exciting it is to learn a foreign language is really coming through. I hope we manage to promote this far and wide. Cx

Science, Technology, Engineering and Maths fun for kids!October 2nd, 2016
Subscribe to b small mail
Sign up and receive details of our book releases, blog updates and more
Thank you for subscribing
@bsmallbear -   Roll up... - 3 months ago
Content Managed by b smallWebsite Crafted by Scaws