Marie-Thérèse Bougard - Where Languages have Taken Me

Marie-Thérèse, freelance writer and language trainer, describes how a love of languages can take you places – even during lockdown.

I remember being fascinated by words as a child growing up in France: trying to make up stories stemming from one word that had caught my attention; or thinking I could make up new languages by just changing the sound of some syllables. You may find that silly, but I was only seven or eight at the time. French grammar was my favourite subject at primary school. I thought parsing sentences was great fun – a skill I now use to help my English friends solve cryptic crosswords!

When I was 11, I started learning English and Latin; German and Ancient Greek a couple of years later. My mother, who had the mind of a scientist, was – I could tell – upset to find that maths and science were not my strongest subjects. She, however, nearly forgave me when I passed my Baccalauréat with reasonable grades in Latin and Greek.

I went on to study English at university, spent a year in a school in West Sussex after my degree, and soon after that started working for Mary Glasgow Publications in London. That was the beginning of my life as a professional linguist and I had a fantastic time. We learnt so many different skills – writing, editing, proofreading, commissioning artwork. We travelled for photo trips and conferences, and to visit our American distributor, Scholastic, in New York. Several of my closest friends today are ex-Mary Glasgow colleagues from those days. Cath Bruzzone, the founder of b small, is one of the people I met at that time; I probably wouldn’t be writing this blog now if I hadn’t met her then.

When I decided to go freelance, I realised that – thanks to languages – there was quite a range of jobs I could do. Non-linguists tend to think that if you are bi-lingual you are a translator. Like most things in life, it is not that simple; being a good translator is far from easy, but for a while I earnt money adding French subtitles to English language films. That was fun, and I learnt why subtitles cannot always translate the original as closely as one would expect.

I also spent some of my freelance years working as an audio-producer and a voice-over actor. That’s how I met actors, musicians and sound engineers.  Some of those have become household names, but I will remain discreet. When I decided to leave the world of recording studios, I felt the need to replace that activity with something equally sociable – I like meeting people. That’s when I started spending more time in schools, teaching and tutoring children and teenagers; and more recently adults in the workplace. I have loved it all, because I enjoy showing people how languages work and how they can use their own strengths to become better linguists. When working with A level students, it was always rewarding to hear them say that learning French had allowed them to find out about politics and to acquire new valuable debating skills.

I have written a number of language learning materials for adults and schoolchildren – courses, audio scripts, stories and activity books. That is still what I do, and plan to do in the coming years.

Through my job as a linguist, I have met fascinating people in different industries (food, fashion, travel and finances) and found out about subjects I might not have been interested in. Since the first lockdown, all my business teaching has taken place online – very successfully. All my students seem to see their weekly French lessons as a welcome distraction while working from home; a way of escaping to a different world for an hour or so. That’s where languages can take you. 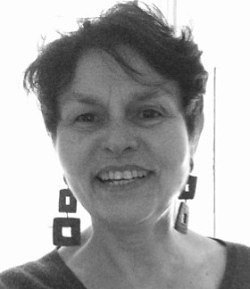 Marie-Thérèse grew up in France where she studied English at university. She now lives in London where she works as a freelance writer and language trainer.

Michael Powell - April 7th, 2021 10:37pm
This blog is so fascinating, it’s intriguing.
Languages are so interesting how they evolved and constantly changing, some words today are not used which are long forgotten.
Such a refreshing article.
Looking forward to your next blog, well done
Great job.


Reply
MT - April 10th, 2021 12:27pm
Thank you, Michael. Pleased you liked it. I enjoyed writing it’s it is something I feel very passionate about.

Reply
Sam Hutchinson - April 8th, 2021 8:14am
Lovely blog, Marie-Thérèse. Thank you for sharing! Next time we meet for a coffee, I'll bring my cryptic crossword. I'm terrible at them!!


Reply
Cath Bruzzone - April 27th, 2021 11:00am
Lovely blog post, M-T. Funny to think about those long-ago days & that we’re all still working away at the language-learning coal face, passionate as ever. So pleased that online lessons are a success. Hope to join you & Sam for coffee...but no cryptic crosswords. I’m absolutely hopeless at all crosswords. I’m relying on learning languages to keep dementia at bay.