Declan Baharini - Where Languages have Taken Me

Director of International Newcastle, Declan has made a career out of supporting internationalism and creating opportunities for language learning.

I started off learning Welsh in the Valleys at 5, but became a Geordie within weeks of moving to Blyth in Northumberland at 7 – and that in itself was like learning a foreign language!
A house filled with French music and French language tapes meant that French soaked into my subconscious from a mother obsessed with France. She made sure we went on school exchanges, even though we had little money and for someone who was painfully shy, this took me out of my comfort zone and propelled me into visiting new places and trying to communicate with people – and wanting more.

After A levels, I ended up doing German and Spanish (from scratch with a Chilean refugee) at university in Cardiff, combined with European law and politics, which broadened my horizons. Six months in each country, as a year out, saw me grow in so many ways, building my independence and resilience and the confidence to communicate and build an understanding of the cultures and people.

I went on to do a Masters in European law at Edinburgh and then working as a researcher in Hull on a national project looking at the benefits for graduates having languages and experience in other countries.

Getting international in the North

I moved back up North and worked in Local Authorities for 15 years, mainly supporting politicians representing the region in EU and international fora, as well as developing European projects on subjects as diverse as Domestic Violence, school bullying, policing and city planning. I also spent 5 years on the European Capital of Culture 2008 bid for Newcastle Gateshead, which resulted in so many amazing activities and brought lasting, positive change to Newcastle Gateshead, even though we didn’t win.

I’ve met thousands of amazing people in the region and from all over Europe and we learned from each other to tackle challenges in new ways that improved the lives of a lot of people. The power of partnerships multiplies when you bring in perspectives and approaches from other countries.

Outside of work I learned British Sign Language (which is another level of communication) and continue to learn bits of as many other languages as I can in as many ways as I can (through films, music, online language videos, flashcards, courses and face to face with native speakers).

My mission of exploring the world has taken me to all seven continents – from the Andes to Antarctica, from Russia to Rajasthan, from Namibia to Norway, from Bolivia to Borneo – always humbling, always an education, always enlightening and always enriching – and when we can travel, I’ll be off again.

People are essentially the same all over – kindness, humour, love, family, challenges, hospitality – and making those personal connections has been the most incredible gift.

Their languages, cultures, crafts, traditions and history are so varied and that is the spice of life!

Communicating a little in other people’s languages and being willing to dance, sing and get involved with their culture opens the door to new perspectives and relationships – and the history you learn and what you think you know about a place, is always turned on its head when you travel and experience it from inside a country.

Now, I’m in my dream job of supporting internationalism in Newcastle and creating opportunities for others to learn languages, celebrate diverse cultures and have international experiences – how lucky am I! 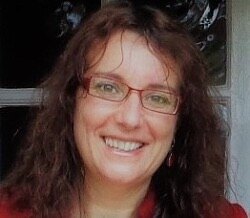 Website | Twitter | LinkedIn | Facebook
* This blog was originally written for the EXPRESS YOURSELF North East Festival of Languages, and has been republished with permission from the author and the festival.
Where have languages taken YOU? If you are interested in writing a feature for where languages have taken me, please contact marketing@bsmall.co.uk.
Share this article...

Judith Cooke - October 28th, 2021 6:44pm
I loved reading this! It's so great that there are people out there encouraging and promoting languages! we are a family immersed in languages and my daughter is taking 3 languages at A level. I would love it if she could contact Declan for career/university advice and general inspiration.

Science, Technology, Engineering and Maths fun for kids!October 2nd, 2016
Subscribe to b small mail
Sign up and receive details of our book releases, blog updates and more
Thank you for subscribing
@bsmallbear -   Roll up... - 1 year ago
Content Managed by b smallWebsite Crafted by Scaws