Chi Onwurah - Where Languages Have Taken Me

Chi Onwurah, MP for Newcastle Central, tells us where languages have taken her in her career.

My language journey began in Hillsview Primary School in North Kenton, Newcastle, in the seventies where I first learnt to count to ten in French. I could also say Merci.
At 11, I moved to Kenton Comprehensive School and it was there that, helped by excellent teachers, I really got to grips with French grammar and vocabulary.

I loved the idea of speaking another language but even after taking French at O level, I wasn’t able to take part in a conversation.

I did get to go to Paris on a school trip with about fifteen other fifteen year olds girls! It was 1981 and Francois Mitterand was just about to be elected as the first Socialist President of France – I fell in love with the city and croissants, but was too shy to actually test my French.

Working in Paris as an engineer

Fast forward twelve years and I’m an engineer based in Hemel Hempstead with North American telecoms company Nortel. They decided to close down the project I was working on. I was offered redundancy or the chance to apply for jobs at any of their locations around the world. The nearest two were Harlow and… Paris. So I moved there, Nortel found me an apartment in the 11th Arroundisment and paid for French lessons, and my work colleagues encouraged me to actually speak French.

All those hours studying grammar at Kenton School really came into their own, I learnt so much faster than others who started with me. One day about six months after I had moved to Paris, I was visiting a friend and wondered why he was listening to English language radio. Then I realised, it was French radio but I could understand it!
I stayed in France for three years, becoming more and more fluent in the language.
Putting French into practice as an MP

When I moved back to the UK I was afraid I would lose my hard won language skills, so I read French novels and started visiting France as often as I could. And it must have worked, because in October  2013, I became the first ever English politician to grill a minister in Paris.  Michel Sapin, minister for Labour, Employment and Socialist affairs under socialist President Francois Hollande, invited me to take part in the  European Affairs Committee of the National Assembly, the lower House of the French Parliament   It was somewhat daunting  but a great privilege and pleasure. I have since taken part in a number of official delegations to France.
Speaking French has been huge asset to me. I am so glad I began my language journey. 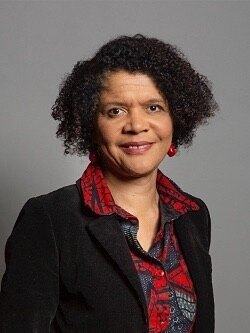 Chi is the MP for Newcaste-upon-Tyne Central. Find out more about Chi and the work she does on her website below.
Visit Chi's Website
* This blog was originally written for the EXPRESS YOURSELF North East Festival of Languages, and has been republished with permission from the author and the festival.
Where have languages taken YOU? If you are interested in writing a feature for where languages have taken me, please contact marketing@bsmall.co.uk.
Share this article...

Science, Technology, Engineering and Maths fun for kids!October 2nd, 2016
Subscribe to b small mail
Sign up and receive details of our book releases, blog updates and more
Thank you for subscribing
@bsmallbear -   Roll up... - 1 year ago
Content Managed by b smallWebsite Crafted by Scaws